From Finance to Fine Art

Morgan Stanley bankers take a deep dive into the world of American art history, and train as guides at the British Museum.

For museum art guide Catherine Hong, the brilliant blue of David Hockney's “Paper Pools” represents the artist's view of California's wonderful lifestyle. “It was in such contrast to what he had experienced growing up in gray England,” she says while leading her tour group through the British Museum’s exhibition “The American Dream: pop to the present.”

Last December, Morgan Stanley reached out to its London workforce to see if anyone wanted to be an art museum guide. The firm sponsored the exhibition to celebrate its 40th anniversary in the UK and wanted to involve its employees. Hong and 14 others jumped at the chance, and spent weeks learning about 200 works of art by around 70 American artists, spanning six decades.

Allowing someone else’s employees to present important pieces of art in an exhibit highly stylized by architects was an experiment for the British Museum. “It’s the first time we’ve done this kind of thing,” says Catherine Daunt, the co-curator at the museum, “And it’s turned out to be such a good idea. The art guides are brilliant, and we’ve been able to share the excitement we feel when we put on an exhibition.”

For Hong, it’s an unexpected opportunity to rekindle her artistic passions. “I've done printmaking since I was at high school,” Hong says, while guiding a visitor through her section, which is dedicated to America's West Coast artists. “I majored in Art History and Economics, and I did an internship at a print gallery when I was at college. I actually remember seeing some of the prints that are in the show for the first time 20 years ago during that internship. It's so nice to come back to them in this way.”

Claire-Louise Greer, from Morgan Stanley's Equity Client and Business Strategy group, also studied art history and economics. “Art has always been a passion of mine, but doing this has inspired me to spend more time in the gallery—not just looking at the images, but learning about the artists.”

The guides didn't just learn about artists; they also trained in building a narrative around the art work that includes their own feelings and thoughts. “For me, telling the story behind the art is the best part,” says Greer, while guiding some Morgan Stanley visitors through the Pop Art space, where, against a moody red backdrop, lies Andy Warhol's familiar Marilyn Monroe series, as well as James Rosenquist's portrait of a long, low F-111 bomber.

A few rooms away, minimalist prints by Richard Serra and Sol LeWitt hang against monotone-colored walls. James Peer, a 10-year veteran of Morgan Stanley's Technology division, has reveled in the chance to learn about them and also encourage others to explore.

“Chances are, people know the artwork or the artist, but they know very little about why they did it, when they did it or what the context was," Peer says. "Convincing people to stop and look more closely was almost like creating a sales pitch.” 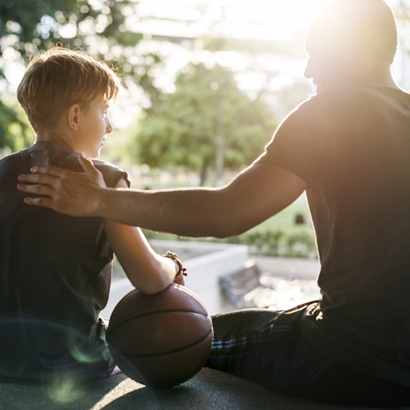