What It Takes to Be a Leader

The participants in this year’s Multicultural Innovation Lab have all founded successful startups. Now, with the help of lessons learned at Morgan Stanley, they’re proving themselves as CEOs.

When Sharmi Albrechtsen arrived at the Morgan Stanley Multicultural Innovation Lab, an in-house accelerator for multicultural and women-led tech and tech-enabled startups, she discovered the word “accelerator” was particularly apt. “My experience at Morgan Stanley has been like a mini-MBA program in just six months,” says Albrechtsen, the founder and CEO of SmartGurlz, an education platform that uses robots and action dolls to teach girls how to code. It’s just one of ten startups selected by Morgan Stanley to participate in the Lab this year.

While Albrechtsen has a traditional MBA, she found the business education she received during her half-year residency at Morgan Stanley’s global headquarters in Times Square has been different than the one she got back in graduate school as far as how immersive, vital, and transformative it’s been. “A lot of us entrepreneurs kind of bluff our way through when we talk about things like the different financing term sheets,” Albrechtsen admits. “We sort of know, but we don’t really.” Suffice it to say that the Lab, with its deep dive into nearly every conceivable aspect of entrepreneurship, has made bluffing a thing of the past for Albrechtsen and her peers. “The educational and theoretical perspectives are really intensive,” Albrechtsen says, “but it’s the insider, hands-on view we got of exactly what something means, how something works, that I appreciated most.”

Through myriad talks, presentations, and events, conducted by everyone from outside experts to Morgan Stanley Chairman of the Board and Chief Executive Officer James Gorman, the Lab gives founders unparalleled, on-the-ground exposure to Morgan Stanley's corporate culture and in-house resources. In addition to the firm’s global network of experts and mentors, who are paired with each founder, the Lab invites in dozens of founders of other startups as well as consultants, who help train participants in skills such as sales, branding, marketing, and personal communication. Most significantly, they introduce founders to potential investors, including venture capitalists, whom women and multicultural entrepreneurs are rarely in a position to meet.

As a result, founders gain the toolkit they need to make the decisions that will ease them through that crucial next transition: from startup founder to CEO and public voice of a dynamic, evolving company ready to expand into new markets and attract an influx of new investment.

The opportunity to find funding, of course, is a big part of what the Lab offers to participants, and the program culminates in “Demo Day,” when founders present their companies in a showcase format to potential investors brought in by Morgan Stanley. But seizing that opportunity, as Alice Vilma, the co-head of the Multicultural Innovation Lab, points out, is just one of the essential qualities the program nurtures. “When founders come to the Lab, they are primarily focused on how to lure investors and raise capital,” says Vilma. “And that’s vitally important. But what we also try to help them understand is that they need to be able to see themselves—and present themselves—as leaders.”

This understanding has been invaluable to Jasmine Shells, the co-founder and CEO of Five to Nine, a human resources technology solution that enables companies to easily create, manage and measure the efficacy of employee programming.  An effective CEO, Shells learned, must be able to tell her company’s story in a compelling way.

To that end, Shells heaps high praise on the Lab’s executive leadership training. “Morgan Stanley brought in an expert who videotaped us as we did different types of exercises, so we could see how we come off to others in terms of the way we speak and present ourselves,” she says. “Basically, it was all about executive presence. It was great, because we got to see ourselves and get feedback from the expert as well as from each other. And that’s something that’s helped me across the board, even in just communicating with my own team.”

Justin Zhou’s story is a near-archetype of the classic American dream: An ambitious young scientist invents a useful device and then, with his co-inventors, launches a startup built around its manufacture and sale. In the case of Zhou, the President of BLUEWAVE Technologies, the device is a machine that quickly deodorizes and sanitizes orthotics, prosthetics and other healthcare items without water, detergents or manufactured chemicals.

“It’s different from other accelerators,” Zhou says, of the Lab, “because it’s Morgan Stanley—one of the premier financial institutions in the world. The people here have interacted with CEOs of multibillion-dollar corporations, with CEOs of small companies, and with everything in between. You just can’t get that kind of experience in any other accelerator.”

Noting that BLUEWAVE has experienced greater traction over the past several months than at any point since the company began making the device, Zhou adds, “The biggest lesson I’ve learned here is that this is what can happen when the right people are guiding and supporting you.” With traction, of course, comes expansion, and with that, the need for delegation and increased hiring—core skills a budding CEO must exercise and that Zhou found the Lab particularly helpful at instilling.

“All our founders have the smarts and determination to succeed,” Vilma says. “Beyond those basics, it’s a matter of gaining the confidence and the vision that will take them from founder to CEO." Listening to the stories told by the members of this year’s cohort, it’s safe to say that they have learned that lesson well and are poised to lead their companies to the next level on the pathway to success. 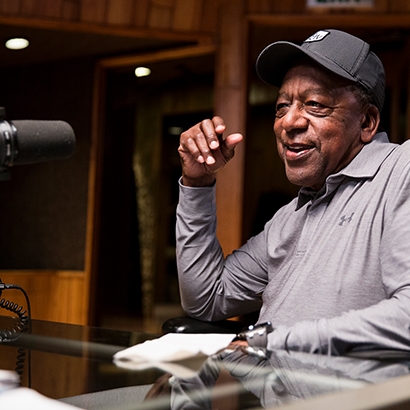 Bob Johnson, founder of BET, on the company’s sale to Viacom for almost $4B and the key skills of entrepreneurship. 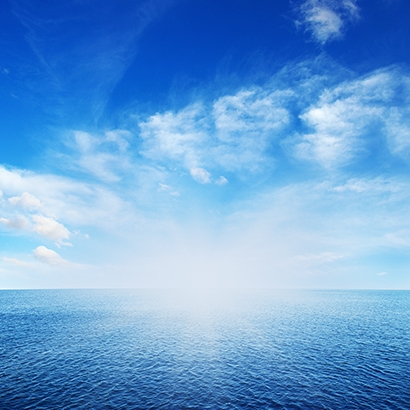 Decarbonization: The Race to Zero Emissions 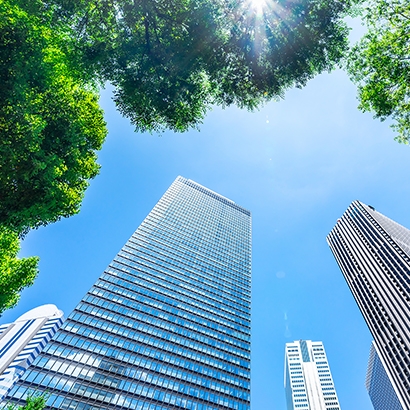 Focus on Finding Alpha Through Sustainability

The analysis of environmental, social and governance (ESG) issues is a key input in potential above market-rate returns, according to Morgan Stanley’s $507 billion global asset manager.