A new facility opening in early December will serve as a beacon for children who have been abused, a place for them to seek comfort, medical care, legal help and justice.

As the U.K.'s leading children’s charity, the National Society for the Prevention of Cruelty to Children (NSPCC) has provided protection, guidance and sympathy to countless children who have been sexually abused, operating over the past 134 years. And now those services will be available in a single central location, one that will provide a full suite of services—the better to ease the experience of recovery and redress.

“When a child first comes forward to report sexual abuse, they often must retell their story multiple times to many different support workers," says Marian Moore, a service manager at NSPCC's centre in Camden, in central London. The number of professionals, from police officers to National Health Service workers, can seem overwhelming to the victims, who have already been traumatized by the time they seek help.

Now the NSPCC hopes to ease the burden with the opening of The Lighthouse, a multidisciplinary centre in Camden that will provide sexually abused children with medical, therapeutic, social and legal support in a single location. “The Lighthouse will bring all of the professionals who are needed to support that child together under one roof, and every child will have an advocate who can take them through the process," says Moore.

Child welfare professionals, including the NSPCC, had long sought to open a centre to enable children to get the help they need under one roof, a concept that was developed in Iceland and has proven successful in Scandinavia, the U.S, Canada and Australia. But these organisations lacked a plan and funds to operate such an ambitious project.

In 2016 the NSPCC was chosen to be part of the Morgan Stanley’s Strategy Challenge, a 10 week pro bono program that pairs advisors from the firm with charities that need help solving business issues.

Travis Ritz, an Executive Director in Morgan Stanley's Fixed Income division, was part of the Strategy Challenge team that helped the NSPCC craft a plan in 2016 to expand its therapeutic service for children who had been abused. “NSPCC had done a lot of research on how the U.K. could do a better job supporting children who have been abused," he says, “but there were a lot of strategic questions around funding and scaling-up the program."

Along with colleagues from around the firm—including Investment Banking, Technology and Credit Analysis, for example—Ritz spent two months evaluating the NSPCC's strengths and weaknesses. The team explored untapped sources of funding and alternative financial models, taking into account existing government services, overlapping charitable programs and the needs of various London neighborhoods.

The result was a 120-page business plan and presentation detailing how the NSPCC could scale up their therapeutic support of children in London, which would eventually form a key part of The Lighthouse.

“We found that NSPCC's strength wasn't so much in funding as it was in its national network," Ritz says. “By leveraging some of their current centres, they would be able to partner with other charities and government services to launch this program as a national effort backed by the NSPCC name."

Jointly funded by the U.K. Home Office, NHS England, the Mayor's Office for Policing and Crime and the Department for Education, and the NSPCC, through Morgan Stanley, The Lighthouse is poised to transform how abused children are cared for in London. For young people who receive treatment at the centre, the wait time for therapy is expected to shrink from 90 days to two, and the wait for a conviction against perpetrators—should the victim choose to pursue one—is expected to dwindle from two years to six months.

Morgan Stanley's engagement didn't end there. In 2017, NSPCC applied to a two-year program in which employees in Morgan Stanley’s London office choose a charity for which to raise money, with matching funds provided by the Morgan Stanley International Foundation.

Once again, Ritz got involved, spreading the word about The Lighthouse to his coworkers. “We really strived to raise awareness around why this idea was so special; that our efforts wouldn't just be charitable, but support for a wide-reaching national social program that could have a huge, lasting effect for the entire country," he says. The NSPCC won the vote, and Morgan Stanley employees committed to raising over £1 million for the group.

As a thank you, some of Ritz's NSPCC colleagues offered him a spot on their London Marathon team. He accepted, despite having never run a race before. “It was an amazing and emotional experience – although I must say, I may have underestimated just how far 42 kilometres really is!" he jokes. Since then, Ritz has run the London Marathon twice, competed in a triathlon and cycled all 100 miles of Ride London – all for the NSPCC.

And Travis isn’t alone in his fundraising efforts. Hundreds of employees in London have got involved—baking, rowing and climbing—all in aid of the NSPCC to help reach the Firm’s fundraising target.

For now, The Lighthouse is being approached as a pilot program, the first of its kind in the UK, to test whether the approach makes a demonstrable change in the experience of abused children. In its first two years, the centre is expected to treat 1,000 children. But if things go according to plan, the hope is that there will be more Lighthouse facilities— and a brighter future for many children. 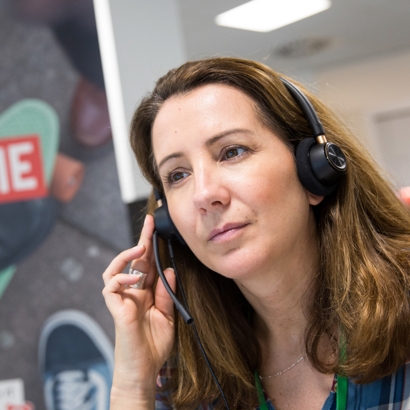 The Importance of Listening

Morgan Stanley volunteers at Childline, the NSPCC’s 24/7 helpline, share the intensity of simply listening to children calling for support beyond their families. 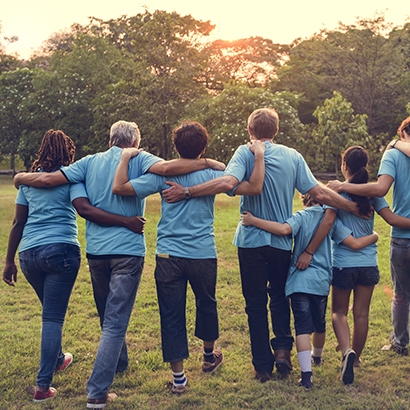 Morgan Stanley employees contribute to their communities in many different ways. 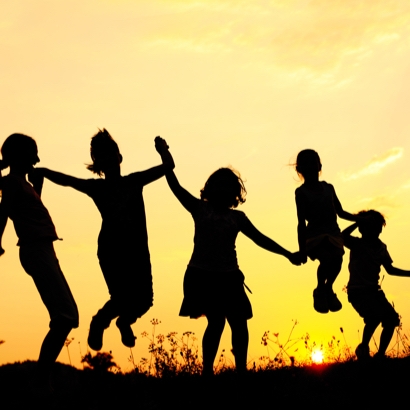 Strategy Bootcamp for a Nonprofit Campaign

Ex-Army officer Simon Hanson never imagined that one of his toughest challenges would be to help the NSPCC expand a key service for abused children.