From Fastballs to Finance

Frank Seminara, who played for the San Diego Padres and New York Mets, had to answer a question many athletes face at the end of their career: What’s next?

Frank Seminara’s career in Major League Baseball was over the day it started—or so he thought.

In his first MLB game, pitching for the San Diego Padres against the Chicago Cubs, Seminara could hear his father rooting for him in the stands, picture his mother clutching her rosary beads beside nine other family and friends who had all flown out from Brooklyn, NY, to watch him play at the iconic Wrigley Field.

Seminara was so nervous, he was shaking. “You’re kind of on autopilot at that moment.” He had been waiting his entire life for that game. He had practiced and pitched thousands of times before, with the plate 60 feet and 6 inches away, just as it was when he first pitched in high school.

“If I did it again today, I would still be very nervous,” says Seminara.

That day, he settled himself, got into his rhythm and threw seven innings of shutout baseball against a Cubs lineup that included Sammy Sosa. Then, a line drive off the bat of first baseman Mark Grace rocketed off Seminara’s arm.

“It was completely numb,” he recalls. “I thought: That’s the end of my career.”

Fortunately, it wasn’t. Seminara’s arm recovered and he went on to a 9-4 win-loss record in his first season, 1992. He even made the shortlist for the National League Rookie of the Year award.

What Comes After the Game?

Several seasons later, after injuries and bouncing between the Majors and Minors and other teams (he was traded to the Mets in ’94, fulfilling a lifelong dream of pitching for the team he grew up rooting for), Seminara eventually faced up to the question that every athlete must eventually answer: What’s next?

“The earnings window is small,” he says. “The career of the average MLB player lasts just five years.” Every athlete will at some point look in the mirror one morning and ask: What are you going to do? How are you going to make a living when all you’ve known is the game? What is life beyond the game?

Seminara gave the question a lot of thought during his prime baseball years. He had developed a bourgeoning interest in finance as an athlete while investing, and curiosity led him to look at various opportunities on Wall Street. After a conversation with his accountant’s colleague, he began to consider becoming a financial advisor and, with that, the chance to relaunch a career. “I took that chance,” Seminara says, who in 1996 joined Smith Barney as a financial advisor.

Today, Seminara is a Private Wealth Advisor and Sports and Entertainment Director at Morgan Stanley, working with a specialized clientele. “These are athletes and entertainers who are often very young adults forced to deal with big decisions over often huge amounts of money,” Seminara says. “They aren’t always prepared for that.”

But they have some very common concerns: They want to know that their money is safe and that they can access it. They want to grow that money by investing it, but they don’t always know how to vet all of the business pitches thrown their way all the time. Not only do they not know how much they need to lock away in suitable financial vehicles for the long haul, many may not know that that is what they need to do.

Seminara uses initial discussions with clients and their families to introduce long-term planning and budgeting, emphasizing the need to save enough of what they make early in their careers to help support them after they’ve left the game. He’ll explain the different types of assets they might consider—and the risks each can carry. He’ll break it down play by play—perhaps not unlike the way he used to prepare before a game.

Joining Morgan Stanley’s team, he says, was a little like moving to the big leagues of finance. The firm provided access to global capital markets and knowledge in every corner of every industry anywhere in the world—a big draw for his network of clients, who wanted the best of everything.

To provide that level of service, Seminara, also draws on his love of history, which is what he majored in as an undergrad at Columbia University. “Being a historian and understanding people and their behaviors has helped me in my practice,” he says. “I gained an understanding of the history and psychology of crowds and markets. What helps drive financial outcomes is the way people act collectively under the stress of bubbles and political climates."

As for the transition from baseball to financial services, “What I liked about playing baseball was that it was a true meritocracy,” Seminara says, “And that is how it is here. You play by a set of rules and it never helps you to root against your teammate in order for you to get ahead."

In fact, he says, you need to rely on your teammates and strategic partners. “As a pitcher, if you try to do it all yourself and strike out everyone, you will deplete yourself,” Seminara says, “I recognized then—and now—that there are others around me with skills that are complementary, and I rely on those talented people to play key roles in our everyday success.”

Seminara focuses on building an environment that’s fair and allows everyone to take responsibility for his or her work. Putting clients first is one of the pillars of the firm, and building teams of colleagues who help each other is the key to providing top quality service.

“That’s winning,” he says. “And I like to win. Everyone can have that experience.” 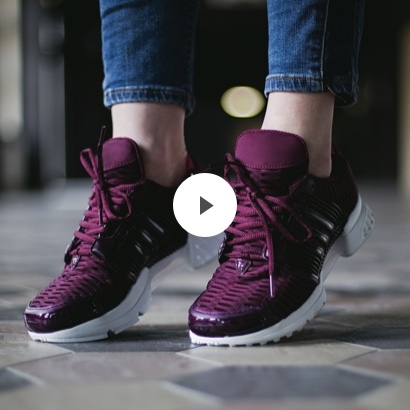