As people in urgent need flood food banks and food pantries during the global pandemic, we’re amping up our efforts to help out with long-time partner Feeding America.

In San Antonio, 10,000 cars showed up at an emergency pop-up food distribution in just one day, which is the same amount of time it took for the Houston Food Bank, the nation’s biggest, to distribute 750,000 pounds of food recently. The Community FoodBank of New Jersey, the state’s largest anti-hunger and anti-poverty organization, has provided enough food for nearly 12 million nutritious meals since the pandemic took hold—addressing an average increase in need of about 50% across its 16-county service area—while the demand for their pre-packed emergency meal kits, filled with 40 meals’ worth of non-perishables, has tripled over the same period.

Ventilators, testing kits, PPE equipment—the coronavirus pandemic has led to a critical lack of medical supplies. But it’s also caused an urgent need for a much more basic commodity, the shortage of which affects millions more people than the virus itself does: food.

Since the start of the pandemic, food banks across the country and around the world have seen both their food supplies drop and their demand increase. Feeding America, a longtime charitable partner of Morgan Stanley that fights hunger by supporting 200 network member food banks across the country, reports their need has nearly doubled since the pandemic arrived here—according to their predictions, nearly 54 million Americans could need food assistance this year­—while food donations have fallen by 55%.

And the problem is global in scale. The United Nations World Food Program has predicted that the number of people facing starvation around the world will double this year to more than 260 million. In India, street workers, day laborers and others living on the margins who are sheltering in under national lockdown fear starvation more than COVID-19. The Akshaya Patra Foundation, a tenured charitable partner of Morgan Stanley and the world’s largest mid-day meal program, headquartered in Bengaluru, has seen the crisis first-hand and has organized an extraordinary relief effort in response. “By working with the government, corporate partners, philanthropists, other NGOs and our network of supporters and volunteers, we have so far been able to serve and distribute over 40 million meals and food relief kits across 13 states to those in need,” says Shri Chanchalapathi Dasa, Vice Chairman of the organization.

The reasons for food insecurity during the pandemic are complex and vary by region. The impact to the U.S. economy due to orders to shelter in place and maintain social distancing has led to millions losing their jobs, and many no longer have the income to buy food for their families. Additionally, many children living in poverty can’t readily access free meals during the day now that school buildings are closed. “This unprecedented demand is being seen across America,” says Eric Cooper, who runs the San Antonio Food Bank, part of the Feeding America Network. Indeed, new research released by the Brookings Institution found that nearly one in five children in this country are not getting enough to eat, a rate that is three times higher than it was during the Great Depression.

”On the other side of the equation, food donations are down, as many grocery rescue donors are struggling to keep their shelves filled,” says Tom Kertis, President and CEO of St. Mary’s Food Bank in Phoenix, the nation’s oldest, which is on track to distribute 10 million pounds of food this month alone. “Food drives have also disappeared, since companies that normally donate to us have closed or limited the number of employees coming into their offices, cancelling annual food drives in the process.”

Across the country, the Community FoodBank of New Jersey is confronting the same issues. “We have an amazing food sourcing team and they have been working to make up for that gap, but it's a challenge for sure,” says Jeannie Fournier, Vice President of Programs. And while some food wholesalers, including Sysco Foods and US Foods—as well as organizations like the U.S. Olympic & Paralympic Committee—have offered their stockpiles, that’s not a long-term solution.

Further complicating matters, many who are hungry are either too sick or too fearful to leave their homes to find sustenance, while a number of neighborhood soup kitchens and pantries have shut down.  Says Kertis, “Right now about 10 percent of our 700 partner agencies have had to close because of the coronavirus. Maybe it's a small organization run by elderly volunteers, and it's just not easy for them to be there doing that.”

An Effort to Find Creative Solutions

Food banks like those in the Feeding America network have responded by identifying new sources of food, ramping up hours of operation while enforcing social distancing and proper hygiene among volunteers, and utilizing additional distribution facilities, such as empty schools, where in New Jersey, frozen prepared meals are given out on a “grab and go” basis.

They are also taking the food to where it’s needed most. Apache County, AZ, home to the Navajo Nation, is one of the poorest in the U.S. and was hit hard by COVID-19. When some of its partner organizations there were forced to close, St. Mary’s Food Bank loaded four tractor-trailers with 100,000 pounds of food and distributed it to 2,000 Native families there. It was the biggest mobile distribution in their history. “People waited in line for three hours,” says Kertis.

It’s precisely because of need like this that Morgan Stanley, in partnership with Feeding America, is stepping up. The firm’s relationship with Feeding America goes back over a decade, during which time the Morgan Stanley Foundation has given over $30 million in grants to the organization and its local food banks, and employee volunteers have donated over 110,000 hours of service. Now, in this time of soaring food insecurity, the firm is more committed to this mission than ever.

Through the newly launched COVID-19 Hunger Relief Campaign, Morgan Stanley has identified critical feeding partners in all of our major locations globally, for employees to donate to those most in need. This new initiative includes a dollar for dollar employee contribution match (up to $5,000 per employee), and is in addition to previous grants that have also benefited food assistance partners, including Feeding America and Akshaya Patra. In total, it brings the firm’s commitment to support COVID-19 relief efforts to $25 million.

“Food insecurity is an issue that Morgan Stanley and our foundations have focused on for decades, and we are committed to supporting our partner organizations that are on the front lines of addressing this problem during the current health crisis,” says Joan Steinberg, Global Head of Philanthropy at Morgan Stanley. “We know that families who do not have enough to eat simply do not thrive, and they greatly need support during this time.”

One goal is to help Feeding America overcome what it predicts will be a $1.4 billion shortfall over the next six months. And to help people like Jean, a grandmother in Indiana, who says, "Since all this has been going on, if it wasn't for [the food bank], I couldn't feed my growing grandchildren. We couldn't do without them, and I know many, many others that couldn't either." And Joe and Elsa, senior citizens in San Antonio who recently visited the food bank there when they found their grocery budget dwindling.  “When someone asked me to open my trunk and the food bank employees started filling it up with groceries,” said Elsa, “I started to cry.”

2.“The COVID-19 Crisis Has Already Left Too Many Children Hungry in America,” L. Bauer, The Hamilton Project, April 2020. Methodology: Bauer’s data is based on a coronavirus impact survey of 2,200 adults April 20-6 by NORC at the University of Chicago and a Brookings Institution survey of 1,307 mothers living with children ages 12 and younger conducted April 27-28 via SurveyMonket MOE =/- 3.0% for both surveys. 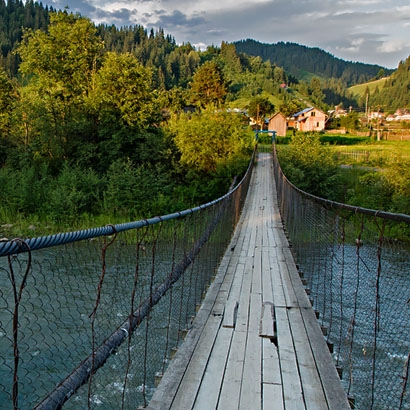 The Coronavirus Recession: Sharper But Shorter

Although first-quarter GDP data confirm that the U.S. and euro area are in recession, some signs out of China suggest a shorter-than-expected downturn. 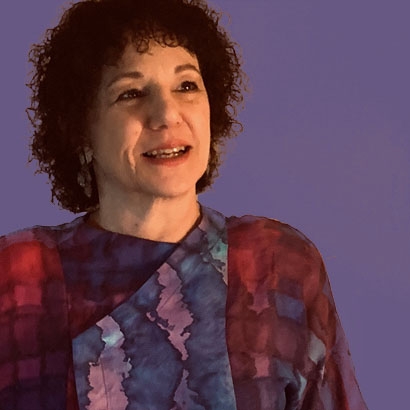 A Time for Empathy

Carla Harris checks in with Freada Kapor Klein, a founding partner in Kapor Capital, on how she continues to seek impact in the time of COVID-19. 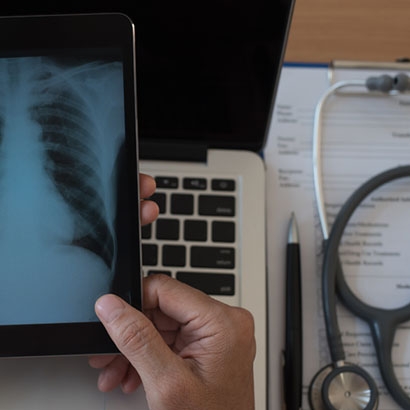