Morgan Stanley’s Director of Impact Investing got rid of her car and hasn’t looked back. She discusses what that says about our changing economy.

This summer my husband and I said goodbye to our car. This was not an easy choice, since we recently added a daughter to our family – as it turns out, kids require a lot of stuff! The decision was partially motivated by environmental concerns and partially by practical ones. But this move was entirely enabled by the growth of the “circular economy.”

It all started when we returned our car as part of the manufacturer’s buyback resulting from an emissions scandal. We left the lot in a car that we called using an app, sharing the backseat with our daughter in her car seat. “Do we actually need to buy another car?” I asked my husband.

Confusion turned to excitement on his face. “You know,” he said, “maybe not.” Just a few short years ago, this would’ve seemed impossible. Now, with nearly ubiquitous car-sharing and rental services, the need to own a car seems to be dwindling day-by-day.

Our carless lifestyle is enabled by what is known as the circular economy, a system that reduces waste through the efficient use of resources. Businesses that are part of the circular economy seek to redesign the current take/make/dispose economy, a model which relies on access to cheap raw materials and mass production.

For example, car sharing addresses the inefficiency of privately owned cars–which are typically used for less than one hour a day, according to Morgan Stanley & Co. research. For my family, using car-sharing services only when we need them isn’t just more sustainable – it’s more cost effective than owning a car we rarely use. Another example of the emerging circular economy is the fashion industry: Clothes-sharing business models such as companies that let consumers borrow evening gowns online and return them after a certain period of time enable customers to share and reuse high-end apparel rather than constantly buying new. Similarly, more clothing companies are taking responsibility for their products throughout their lifecycles, like some retailers that repair their products to help them last a lifetime. Some companies now even sell used versions of their own goods online in an effort to reduce waste further, which has the simultaneous benefit of creating a lower-cost marketplace than its stores selling new items. Environmentally, socially and economically, this seems to be a better model than manufacturing products destined for the landfill. What new industries can be built around recycling, refurbishing and innovative design?

Environmental sustainability aside, the circular economy will only continue to grow if it can demonstrate a positive economic impact. Good news: It can. Key economic benefits include reduced dependence on often-volatile commodity imports. For example, McKinsey & Co. estimated that the circular economy could lead to a 32% reduction in resource spending in Europe by 2030, adding €600 billion in net economic benefit. (Admittedly, there might be potential negative impacts on countries that rely heavily on commodity exports, like Chile.)

The circular economy can also lead to higher disposable income for consumers: If companies spend less on resources to manufacture products, the cost of those products will likely go down. Not to mention that lower carbon emissions, less pollution and more efficient land use all generate both economic and environmental benefits.

These new trends could have a meaningful impact on certain industries: Over time, some jobs might be replaced entirely, like raw metal extraction and production, and new product manufacturing. Already, robots are disassembling old mobile phones to recover components for reuse; some of the job losses would likely be low-paid unskilled jobs. Meanwhile, demand could increase for other jobs, such as those in recycling, design and remanufacturing.

The cyclical economy impacts my wallet not just through how I spend (and save) my money, but also through how I invest it. As sustainable and impact investing—putting money behind companies that seek to make a positive environmental and social impact—continues to gain momentum, options for investors of all sizes have proliferated.  A few years ago, my friends wouldn’t have considered getting rid of their cars or investing their 401(k)s in impact investments, but lately they’ve been asking me more and more questions about both those things. It’s not just my friends, either; according to the Institute for Sustainable Investing here at Morgan Stanley, 75% of investors now say they’re interested in generating positive environmental and social impact with their investments.

The good news is that the growth in available investment strategies can help you translate your personal interest into action. Now we can activate our own savings and retirement funds to invest in companies that are creating positive impact. This could be environmental, such as utilizing resources more efficiently (through the circular economy, for example).  It can also mean investing in companies that create positive social impact by harnessing diversity of all kinds

What This Means for the Future

With any large-scale transition in the economy, there will be winners and losers. In the near future, “circularity” probably won’t be a fundamental driver of a company’s value. But there’s definitely opportunity for products that are more affordable because they’ve been recycled, refurbished or reused, or because they benefit from new efficiencies in the manufacturing process. Similarly, impact investing means that investors are backing certain companies over others, thus encouraging sustainable practices across many industries. Looking forward, I’d expect to see an acceleration in “circular” business models—and the overall positive economic, environmental and social impacts that go with them.

As for me, my family’s been carless for a few months now. We’ve been taking public transportation more and renting cars for some long weekend trips out of New York City. It feels good to know we’re doing our best to mitigate the effects of climate change. And I have to admit, it’s great that we no longer have to search or pay for parking!

In what ways are you participating in the circular economy?

Important Information: The returns on a portfolio consisting primarily of Environmental, Social and Governance (“ESG”) aware investments may be lower or higher than a portfolio that is more diversified or where decisions are based solely on investment considerations. Because ESG criteria exclude some investments, investors may not be able to take advantage of the same opportunities or market trends as investors that do not use such criteria. 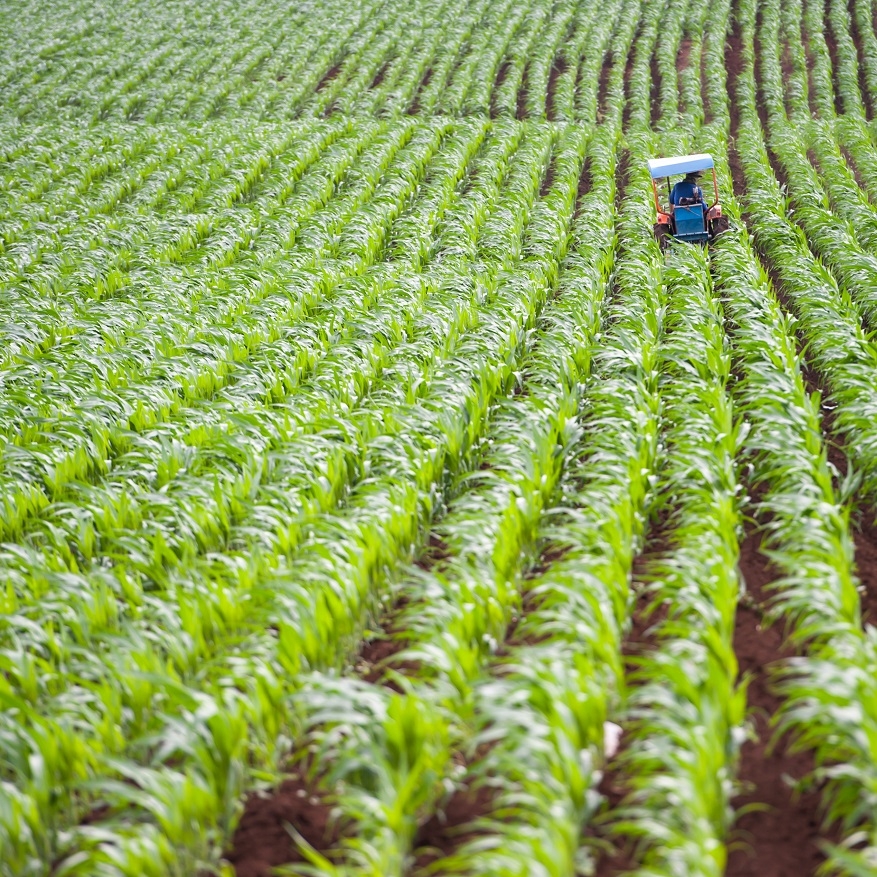 Why Investors Are Getting In on this Growing Trend

84% of investors say they’re interested in impact investing, or putting their money behind companies that make a positive difference in the world. 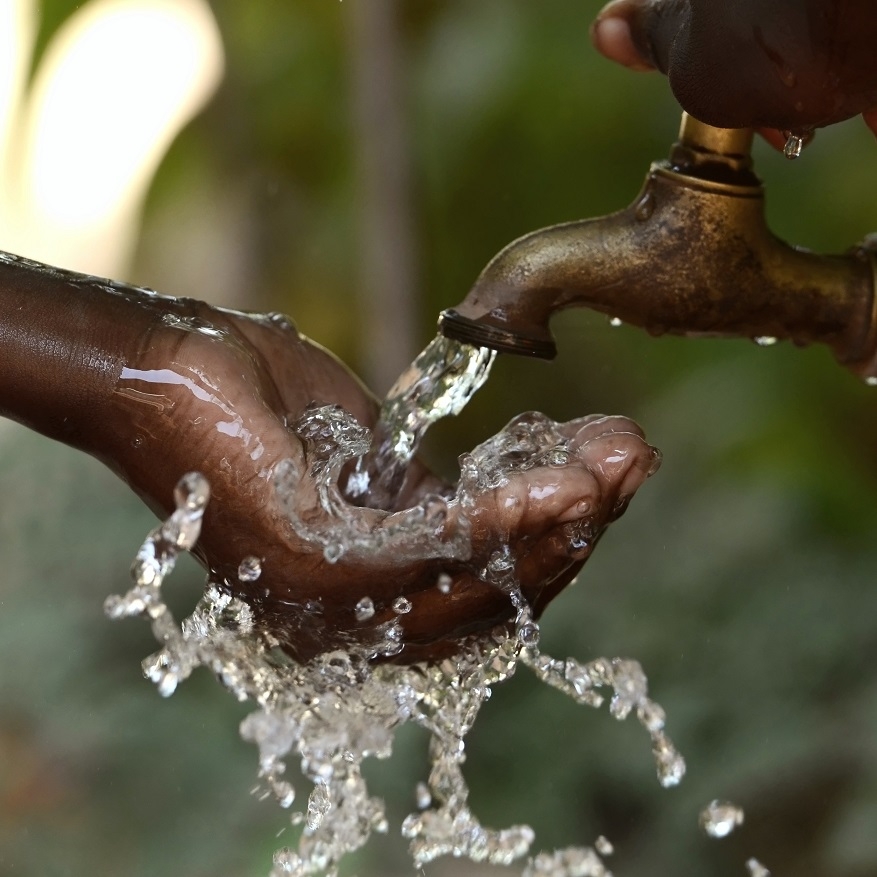 Why Sustainable Companies Can Outperform

Investing in companies with environmental and socially conscious business practices has the potential to make a difference—and earn profits. 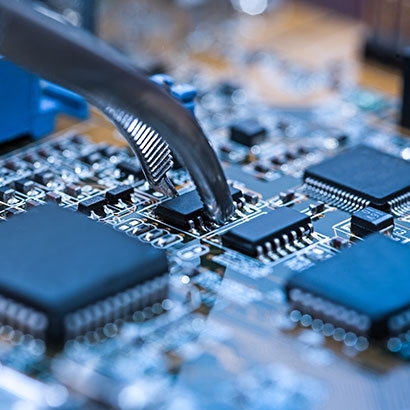 Technology stocks have stumbled lately. That doesn’t necessarily signal a broad market downturn, but diversifying away from tech leaders may make sense.